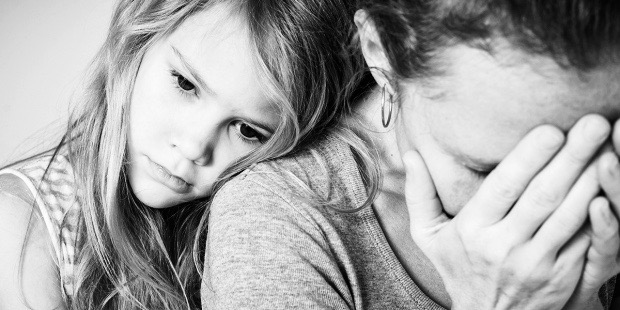 Women are patterned to carry eggs, ovulate, menstruate, procreate, breastfeed, nurture, and MULTI-TASK. A Broken Mother can only offer the shattered pieces of herself. That’s all she’s got to give. Broken mirrors and broken windows are often ineffective. In the same vein, broken mothers may not be as operative as they ought to be.

We’ve heard too many stories of mothers with fragile sobrieties, who are hooked on drugs. They are incapable of fully providing care and love to their family. They’ve abandoned their children and left them to their own demise.

Mothers grieving the loss of their husband/child, may not be able to wake up in the morning to cook, braid their daughter’s hair, or get to be a soccer-mom. She lives in the shadows of what used to be her perfect life.

Mothers who’ve never had a mother, may not be able to emulate something they’ve never had. They aim to give what they would have wanted for themselves … but at times they fail and are left to give the shattered pieces of themselves.

Mothers dealing with a divorce, may not be able to live for the future because they are buried in their dreadful present. It’s not intentional but trauma has the power to break the World’s Strongest Woman.

Single mothers who’ve had to teach their daughters how to be women or their sons how to be men, carry a load for two. These women are broken by a man’s decision to leave or perhaps his own brokenness.

… And then, there are those mothers who never desired motherhood, until one day an unwelcome tenant took residence in their uterus and their lives halted to a stop sign. Decisions! (Hey! Why not?). They’ve never accepted this narrative but now, they are forced to love someone they’ve never wanted. They begrudgingly do it with bitterness and resentment.

Society has vilified mothers who don’t consider the cries of their children or protect them from the abuse of men. They’re unable to administer justice to their children perhaps in fear of these men.

These women have been cursed and stripped of honor. This post is not to condone their actions or behaviors; rather it is to raise awareness that Broken Mothers can only offer shattered pieces of themselves. It is time to stop the cycle of birthing Broken Mothers. It is time to get the strongest glue that we can find and start to glue those broken pieces back together. Let’s encourage them to seek professional help. Rather than our vitriol, they need our prayers.
Xo,
Tulip

One thought on “Broken Mother”